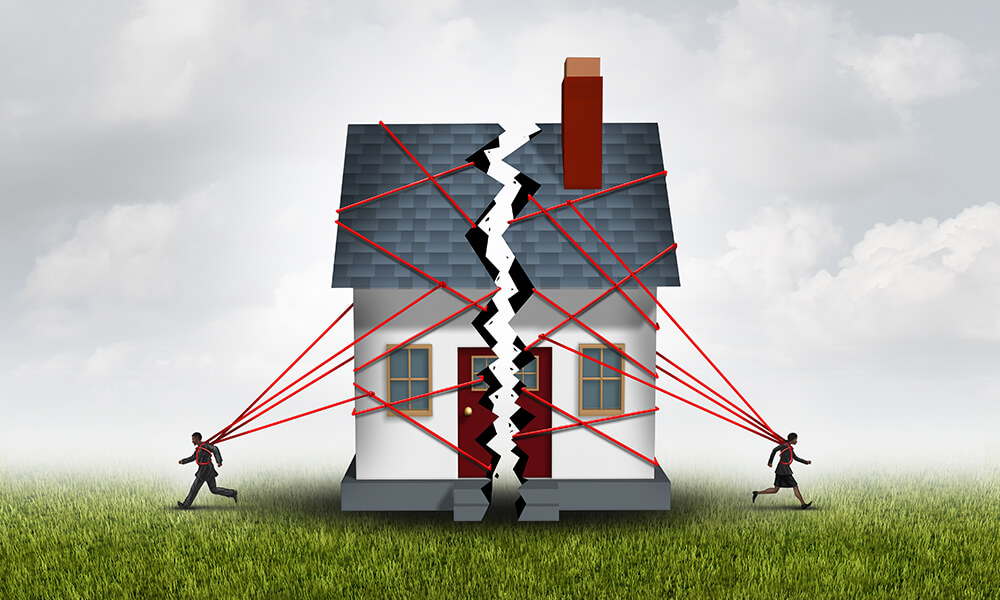 How a Divorce Home Inspection can help you?

The right way to handle your home during a divorce.

At Arch Inspections LLC, we strive to provide our clients with a stress free experience during their divorce home inspection.

Divorce disagreements should not be focused on the home inspection, rather they should focus on bringing an equitable closure to your marriage.

Aren’t sure you need a divorce home inspection?

Here is a great NY Times article, highlighting some of the benefits of having a home inspection completed during your divorce.

Paying for a home inspection isn’t just for potential home buyers. There are good reasons that those going through a divorce would also want to hire a home inspector.

Traditionally, divorcing spouses have tended to rely on appraisals to determine the value of their home, if they try to revalue it. But, according to divorce lawyers, appraisals tend to focus on how a home’s features and square footage compare with comparable properties.

Appraisers don’t necessarily take into account the repairs a home may need — whether, for instance, it will need a new roof or has mold that has to be removed — that can lower its value. Home inspectors, on the other hand, would include such information in their reports. That information could then be provided to an appraiser to get a more accurate estimate of a home’s worth or simply be used in divorce negotiations. Then, when the assets are being split, the inspector’s report will give a better sense of what the home is worth. That, in turn, can help ensure that the party getting the house is getting a fair deal.

That’s why lawyers and home inspectors are increasingly encouraging divorcing couples to make sure a home inspection is part of the divorce process.

Kelly Lise Murray, a law instructor at Vanderbilt Law School and director of the law school’s community outreach and continuing professional educational program, has been educating home inspectors, real estate professionals, lawyers and judges about the importance of home inspections in divorces since early 2008.

She said she realized the importance of home inspections after researching why people want to reopen a completed divorce for home-related issues. She found that the home’s condition was a common theme in many cases.

If you just get an appraisal, she said, “you have incomplete information about your house’s potential value” and thus, are making an uninformed decision about whether to keep it or not, she said. And reopening a divorce after the fact for a home-value related issue is difficult, she said, because “you could have retained a home inspector” and “failing to get an inspection is done at your own risk.”

Ms. Murray estimated that she had taught more than 100 home inspectors in 23 states about the notion of divorce-related inspections, and a quick Google search brings up numerous inspectors who offer the service.

Arch Home inspections near Midland Park, NJ, for instance, has been offering divorce-related home inspections for a couple of years since learning about the concept from Ms. Murray. They charges the same as for a regular home inspection, and pay particular attention during the inspection to systems (think roofs, plumbing and air-conditioning systems) that have limited lives or need maintenance.

Why aren’t they popular despite being considered a best practice?Susan Reach Winters, a matrimonial lawyer with Budd Larner in Short Hills, N.J., said she recommended home inspections (and title searches) to all of her divorcing clients, but only 10 to 20 percent actually had them done. She said that this was probably because the decision to hold on to the home, or buy it from the other spouse, was mostly an emotional decision.

“They are often blinded by emotion when they are experiencing a divorce and are not looking at keeping the house as what it truly is — a business transaction,” she said. “They feel like they know their home or even worse, they really don’t want to consider the fact that there might be a reason not to wind up with the house.” But getting the home without getting an inspection done first, she said, is like buying a used car for full value without “having a mechanic look at it.”

As for who should pay for the home inspection, lawyers recommended that the divorcing parties split the cost or, if both parties aren’t willing to pay, the party considering keeping the house should pay for it.

What is a Divorce Home Inspection?

It is a visual inspection of the structure and components of a home to find items that are not performing correctly or items that are unsafe. If a problem or a symptom of a problem is found the home inspector will include a description of the problem in a written report and may recommend further evaluation. Before you finalize your divorce, you will get a list of deficiencies and a budget to resolve them. This divorce home repair budget could be then used to finalize your separation of assets, and move on to your next life chapter.

Here are a few important parts of a divorce home inspection:

Are you going through a divorce right now?

Here is a list of several popular websites to give you some additional insight into the divorce process:

Interested in a divorce home inspection? Shoot us a message at Arch Inspections LLC.